ANDER Team Building Activity: Get ahead of Ourselves, Win-win Together

Ander LCD Factory sales team launched a team building event at JiuLong Mountain training center in Shenzhen before the occasion of the Spring festival in 2018. Although the one-day team building event with the theme of "Get ahead of Ourselves, Win-win Together" has ended, many of the details of the event have left us a deep impression and triggered our thinking about work and life.

Through this activity, it has achieved the goal of temper will, the consummation of personality, the motivation to work, team bonding as well as self-upgrading.

The winter in Shenzhen is neither too cold or too hot and it's just right. Facing the looming sun in the morning, we started our one-day tour and everyone was doing their best to do their utmost.

At the first beginning, we divided into 2 groups: each group choose their team leader, team secretary, team name, slogan and team song. Under the guidance of the coach, everyone quickly put themselves into the team for this activity. 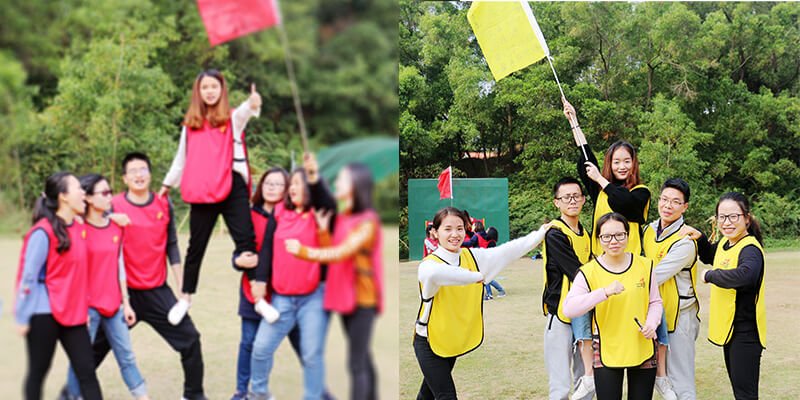 After the tense and passionate team's show finished, each team reached an effective sense of competition and win-win. And it laid a good foundation for the following games and competition. Followed by the first game "Beach Landing".

"Beach Landing" teaches us how to face it when difficulties come. We also profoundly realize that leadership is very important in a team, surely communication, dedication, collaboration are also necessary factors to achieve the group goal.

In the game of "Beach Landing", Yellow Team aheads of the Red Team. Actually, work and life are the same: Sometimes we think that we have tried, in fact, it's not enough. Afterwards, everyone has summarized and reflected on this game and the Red Team was punished for failing. Failure doesn't matter, what matters is to learn from it. 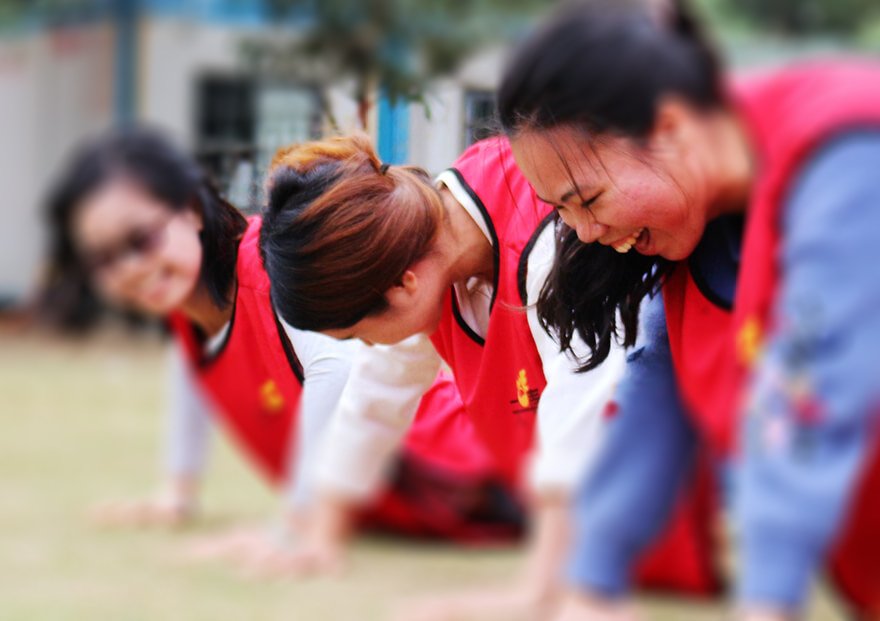 The second game was "Ping Pong Relay"--get overall success through teamwork. It's mainly to test team member's trust and collaboration.

The third game was "The Magic Brush". We learn through this game a lot: team spirit, teamwork ability, etc.

Don't be afraid of problem, facing the truth, solving the problem, and making unremitting efforts.

Below is the calligraphy of the winning Yellow Team.

"Flip over poker" was the 4th game. From this game, we have learned how to devote ourselves in the game and how to communicate in an effective way, and how to do properly.

"Speedfax" was the last game we had in this team building activity. And it is the game that the entire team learned the most and gained the most.

At the end of the activity, the coach organized all the team members to carry on a summary and reflection. Here is what we get.

※ Communication and trust are the foundation in the team;

※ Learn to listen to the rules and talk to teammates effectively;

※ Do everything with concentrated attention and with heart;

※ Not to make mistakes on the same problem;

※ Details determine success or failure, so pay attention to every detail;

※ Learn to do contingency plans and improve the ability to respond;

※ Set up a comprehensive planning and overall awareness;

※ Make full use of time and check and act timely (the practical application of PDCA theory at work).

Get ahead of Ourselves, Win-win Together-the team building activity of Ander LCD Factory B2B sales team has come to a successful conclusion and the future will certainly be better.